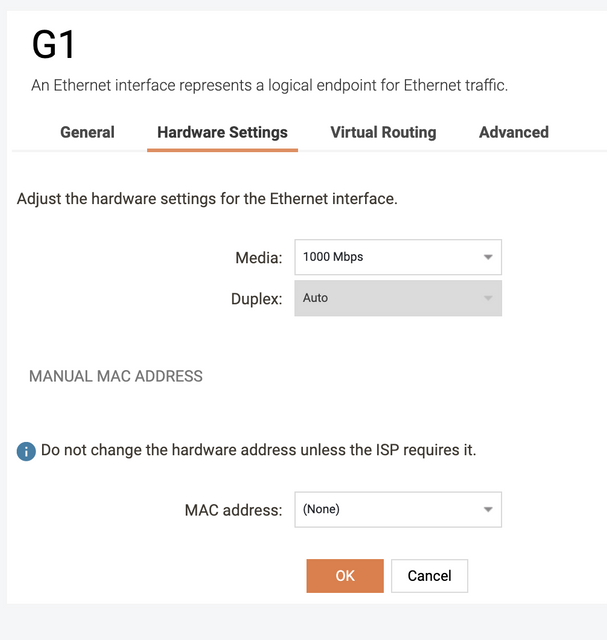 Re: Clavister E80 unable to set static speed on interface

It is also a bit dependent on the driver as some drivers/chipsets may react differently but i believe in general this is the most common behavior, especially since the following change (from Wikipedia):


The debatable portions of the autonegotiation specifications were eliminated by the 1998 release of 802.3. This was later followed by the release of the Gigabit Ethernet standard IEEE 802.3ab in 1999.

So i would start by checking the interface settings on the equipment the Firewall is connected to on this interface.